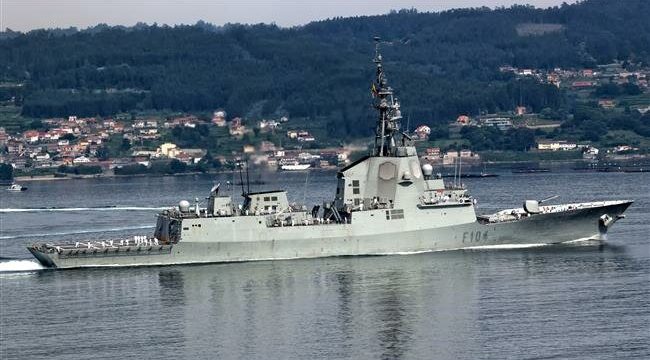 Press TV – Spain has withdrawn its frigate with 215 sailors on board from the Middle East-bound strike group, led by an American aircraft carrier, as tensions heighten between the United States and Iran.

Spanish Defense Ministry sources told El Pais that Acting Minister Margarita Robles had ordered the “temporary measure of withdrawal of the frigate Mendez Nunez (F-104) from the combat group of the aircraft carrier Abraham Lincoln while it is in the Middle East.”

They also noted that the Spanish warship “is on a mission of circumnavigation and will not enter into any other type of mission.”

Robles issued the order during a meeting of European Union defense ministers in Brussels on Monday.

“The move may trigger a diplomatic crisis between the US and Spain,” ABC journalists warned.

Mendez Nunez is now expected to return to Spain after visiting California and passing through the Panama Canal.

On May 5, US National Security Adviser John Bolton announced the deployment of USS Abraham Lincoln aircraft carrier, carrying up to 40 strike aircraft, and a bomber task force to the US Central Command region.

He said that the move is aimed at sending a “clear and unmistakable message” to Iran that “any attack on United States interests or on those of our allies will be met with unrelenting force.”

He further claimed that the US administration was acting “in response to a number of troubling and escalatory indications and warnings.”

In response, Brigadier General Amir Ali Hajizadeh, the commander of the Aerospace Division of Iran’s Islamic Revolution Guards Corps (IRGC), warned that Americans will be “hit on the head” in case of any mistaken move.

According to media reports, USS Abraham Lincoln and the accompanying ships have passed through the Suez Canal and are now in the Red Sea.