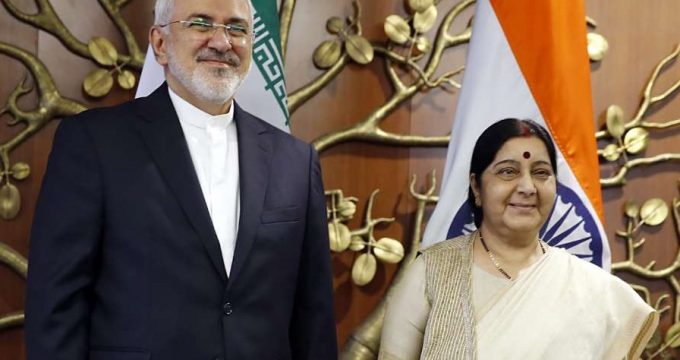 Tasnim – Iranian Foreign Minister Mohammad Javad Zarif and his Indian counterpart, Sushma Swaraj, held talks on a range of issues, including ways to boost bilateral relations between the two countries in diverse fields.

In the meeting, held in the Indian capital on Tuesday, Zarif and Swaraj explored avenues for closer cooperation between Tehran and New Delhi in various political and economic areas.

“India is one of our most important partners – economic, political and regional. We’ve regular consultations with India on various issues,” Zarif had said upon his arrival in India on Monday on an official two-day visit to the country.

“I am here to have consultations with my counterpart on the most recent developments in the region as well as our bilateral relations,” he added.

Asked about Washington’s recent provocative acts in the Middle East, Iran’s top diplomat said, “Unfortunately, the United States has been escalating the situation unnecessarily. We do not seek escalation but we have always defended ourselves”.