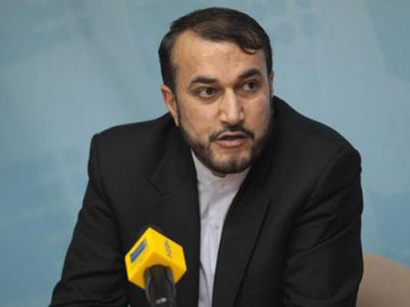 “US foreign policy is in shambles. Pompeo & Bolton are thirsting for power and Trump is hungry for money. All 3 will be the major losers of the current WH game,” Hossein Amir-Abdollahian posted on his Twitter account on Sunday.

“Islamic Republic of Iran is standing fast. By practicing wise diplomacy, based on ‘heroic power’ we will win the day,” the Iranian Parliament Speaker’s special aide on international affairs added in his tweet, also posting the following cartoon.