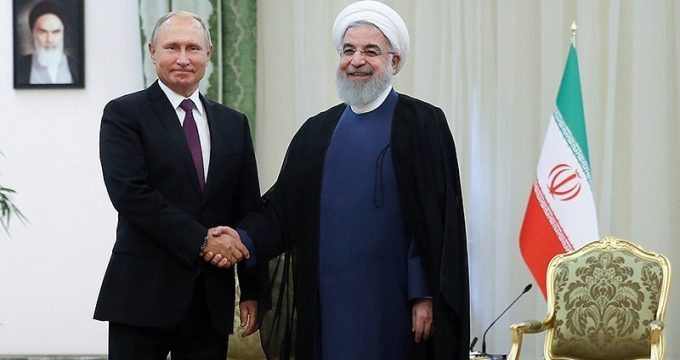 Iran seeks broader defense cooperation with Russia amid US pressure

Al-Monitor | Alireza Noori: Amid rising US pressure, Iran and Russia appear to be gearing toward forging closer military and defense ties. Last week, the commander of the regular Iranian navy announced plans for an Iranian-Russian joint military exercise in the Persian Gulf. Particularly given the recent speculations about differences arising between Tehran and Moscow in Syria, the announcement by Rear Adm. Hossein Khanzadi seemed to serve as a signal that bilateral ties are vital and unbreakable.

It is not the first time Russia and Iran are to conduct such exercises. The Caspian Sea was the stage of similar war games in 2015 and 2017. Of note, Russia has been holding such maneuvers with China and Pakistan as well. But what makes the new Iran-Russia exercise stand out is the timing and the latest developments preceding it.

Among those developments are the Artemis Trident 19 exercise jointly conducted by the United States, Britain and France in the Persian Gulf; the US decision to designate Iran’s Islamic Revolutionary Guard Corps (IRGC) as a Foreign Terrorist Organization; Washington’s push to entirely halt Iranian oil exports and Iran’s threats that it may shut down the strategic Strait of Hormuz as a reciprocal measure; US efforts to boost its military presence in the Persian Gulf region, including Oman, Qatar and the United Arab Emirates, where it has deployed F-35 fighter jets; and Saudi steps toward forging what has been referred to as an Arab NATO.

Hossein Khanzadi, Iran-Russia joint naval drills, Iran-Russia ties, US sanctions against Iran May 11, 2019
Trump to Iran: Call me
Even massive inspections not to prevent the sale of Iran’s oil: Energy expert