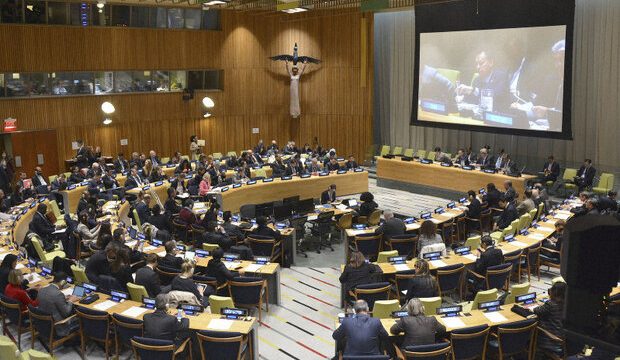 Making the remarks at the preparatory committee meeting for the 2020 review conference for the Treaty on the Non-Proliferation of Nuclear Weapons (NPT) at UN headquarters in New York, Robatjazi added that the best way to stop development of nuclear weapons is the full implementation of NPT treaty and making all the countries join the the agreement.

Voicing Islamic Republic’s strong support for international efforts toward total elimination of these weapons, he criticized the US’ nuclear aid to the Israeli regime and its double standard approaches on the possession and development of atomic technology.

“The Zionist regime should be forced to join the Non-Proliferation Treaty, and bring all of its nuclear activities and facilities under the IAEA’s comprehensive safeguards,” he further stressed.

In September 2017, then-Iranian Ambassador to the IAEA Reza Najafi denounced the West’s double standard approaches on the possession and development of atomic technology, urging a complete end to any nuclear cooperation with the Israeli regime.

Addressing a quarterly meeting of the IAEA’s 35-member Board of Governors in Vienna, Najafi warned that the Israeli regime’s nuclear program is negatively impacting security of the Middle East.

Mohammad Ali Robatjazi, NPT meeting in new york, nuclear weapons May 9, 2019
US does not want war with Iran: Brian Hook
Pakistan not to back any aggression against Iran: speakers