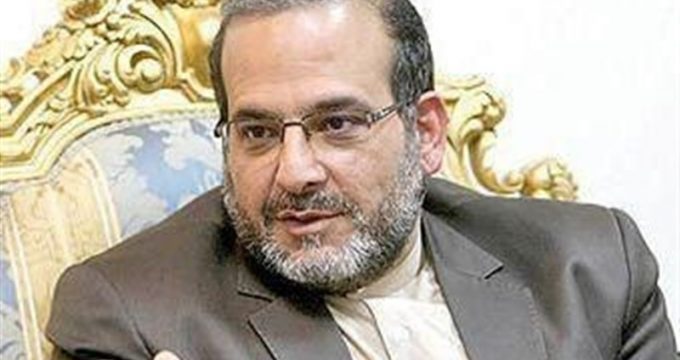 Tasnim – The spokesman for Iran’s Supreme National Security Council (SNSC) hit back at US National Security Adviser John Bolton over his remarks against the Islamic Republic, saying he lacks “military and security understanding”.

“Bolton lacks military and security understanding and his remarks are mostly aimed at attracting attention,” Keyvan Khosravi said on Monday night after Bolton said the US is deploying a carrier strike group and bombers to the Middle East in response to troubling “indications and warnings” from Iran and to show the US will retaliate with “unrelenting force” to any attack.

“The aircraft carrier (USS) Abraham Lincoln arrived in the Mediterranean Sea 21 days ago, and Bolton’s statement is a clumsy use of a burnt-out happening for psychological warfare,” the SNSC spokesman added.

In a statement on Sunday, Bolton, who has spearheaded an increasingly hawkish US policy on Iran, said the decision, which could exacerbate problems between the two countries, was meant to send a “clear and unmistakable message” of US resolve to Tehran.

“The United States is not seeking war with the Iranian regime, but we are fully prepared to respond to any attack, whether by proxy, the Islamic Revolutionary Guard Corps or regular Iranian forces,” Bolton said in the statement.

It marked the latest in a series of moves by US President Donald Trump’s administration aimed at ratcheting up pressure on Iran in recent months.

On Friday, the Trump administration renewed five of seven sanctions waivers that allow Russia and European nations to conduct civilian nuclear cooperation with Iran but revoked the other two as part of its pressure campaign against Tehran, according to the US State Department.

Before the US moves, Iranian officials, including Foreign Minister Mohammad Javad Zarif and Chief of Staff of the Iranian Armed Forces Major General Mohammad Hossein Baqeri, had warned against their consequences.