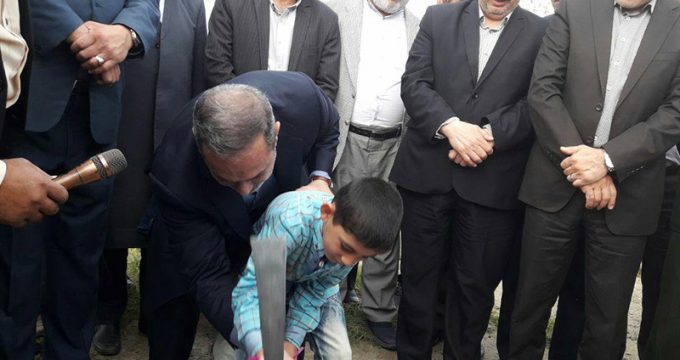 Addressing the ceremony, Bathaei said the reconstruction of other schools will also go ahead.

He added that the recent floods damaged 1,500 schools and 200 of them must be rebuilt.

Earlier, Bathaei in a message rejected the recent report released by the UNICEF about Iran’s flood-stricken children.

The statistics offered by the United Nations International Children’s Emergency Fund (UNICEF) office in Tehran about the number of children who are unable to attend school in flood-hit areas are basically incorrect, he noted.

He said except for a few schools in the flood-hit province of Khuzestan in southwest of the country where schools have been unable to go on with their classes, because some flood-hit families are temporarily taking shelter there, the rest in other provinces have gone to their routine schedule thanks to the efforts of their teachers.’

Earlier in a report, United Nations International Children’s Emergency Fund (UNICEF) claimed ‘devastating flooding in three quarters of Iran’s provinces has affected 10 million people, of whom 2 million are severely impacted and 500,000 displaced – half of them are children.’

It further claimed that ‘over 1,000 health facilities and 1,000 schools have been destroyed or severely damaged forcing 100,000 children out of school and depriving thousands of essential healthcare.’

Meanwhile earlier, Deputy head of Iran libraries for development affairs Mahdi Ramezani announced that the recent floods in Iran caused damage to 39 public libraries, adding that three libraries were evacuated and one of them was completely dilapidated.