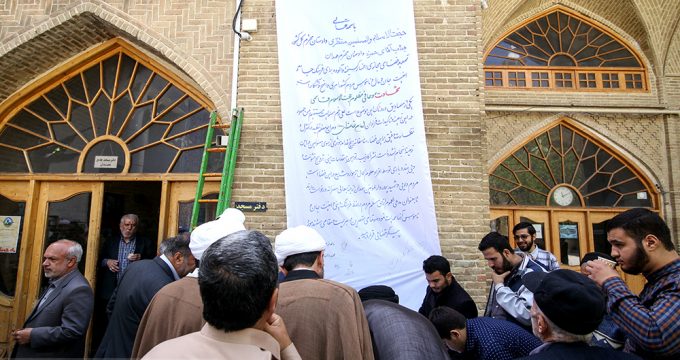 Al-Monitor – Massive crowds accompanied the April 29 funeral procession of Mostafa Ghasemi, a 46-year-old cleric who was shot and killed in broad daylight in the western Iranian city of Hamedan last week. Within 24 hours of the murder, security forces killed the alleged assailant in a gun battle, leaving behind unanswered questions as well as debates among Iranians.

Responding to the murder, Ayatollah Ali Khamenei ordered law enforcement authorities to get tougher on the arms trade. Ayatollah Khamenei said he had seen the alleged assailant’s Instagram page, in which he posted photos of himself with different weapons, promoted violence and even hinted at murder plans. The individual also confessed to Ghasemi’s murder on the same page, helping the police with the identification process.

Hours after the murder, Iranians speculated as to the motive behind the attack. A video message posted on YouTube by someone claiming to be a friend of the alleged attacker said that the murder was a form of protest against Ghasemi’s speeches, in which the cleric allegedly encouraged Iranian women to enter temporary marriages with members of the Iraqi Shiite militia, the Popular Mobilization Units. While the video’s authenticity has not been proven, the clip nonetheless triggered heated political exchanges among Iranians.