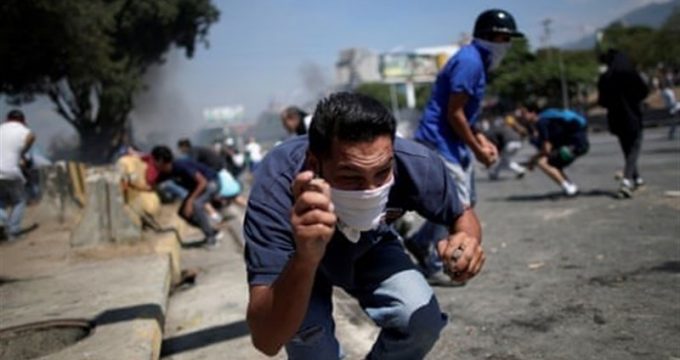 Tasnim – Iran’s Foreign Ministry called for dialogue in Venezuela to avert chaos in the Latin American country and settle the crisis in a peaceful manner.

“We are closely watching the current developments in Venezuela,” Foreign Ministry Spokesman Abbas Mousavi said in a statement on Tuesday, adding that “chaos and anarchy can by no means resolve political differences in the country.”

“The best way (to settle the differences) is to establish dialogue and develop the required mechanisms between all parties in order to have the people’s problems resolved by forces committed to the development and prosperity of the country, under the leadership of the legitimate government of Venezuela,” he added.

Venezuela’s political crisis lurched into a violent new phase on Tuesday as an attempted military uprising erupted at the heart of its capital, Caracas, and opposition leader Juan Guaido urged supporters to take to the streets to force President Nicolas Maduro from power.

Venezuela’s Information Minister Jorge Rodriguez said the government is confronting a small group of “military traitors” who are seeking to promote a coup against Maduro.

Venezuela has been in political turmoil since US-backed opposition figure Guaido declared himself “interim president” late in January.