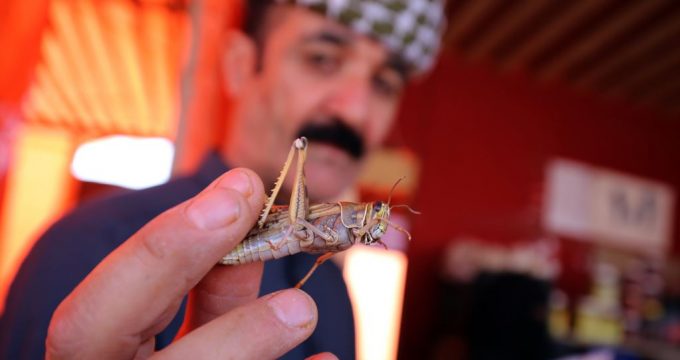 Bioterrorism may be behind locusts attack on Iran: MP

MNA – An Iranian lawmaker said that swarms of locusts’ attack on southern Iranian regions may be an act of bioterrorism.

“Given the existing reasons, the locusts attack on parts of the country may be planned strikes designed by other countries and an act of bioterrorism”, Ali Akbari, Shiraz’s representative in the Iranian Parliament told IRNA on Wednesday.

In the past two weeks, swarms of locusts have attacked southern Iranian provinces. The locusts are reportedly originated from Saudi Arabia where there was no fight to control them.

“There is a possibility of bioterrorism given the enmities which some neighboring countries have toward the Iranian nation,” said Akbari, adding, “These countries spare no effort to inflict economic, political and social loss to the Iranian nation.”

Locusts can fly some 200 kilometers but the distance between Iran and Saudi Arabia is way more than this, he noted, adding that these insects may have been transferred to the vicinity of Iranian borders in the Persian Gulf by vessels.

He went on to say that the situation is under control and minimum damage has been incurred to the country.