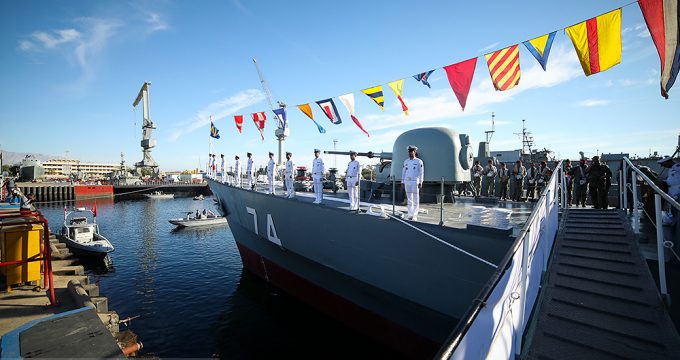 ‘Sahand warship was chosen for the ceremony after holding frequent meetings, and the main reason was that the warship was Iranian made and joined the Army fleet three years ago,’ said the Director General of the southern Hormuzgan province, Reza Kamali-Zarkani.

It is a symbol of Iranian technicians’ and engineer’s capability, he said at the ceremony of marking the national day in presence of some Iranian officials and media representatives.

‘This day five hundred years ago, the Portugese colonialism flag was taken down on the Persian Gulf coast and Hormuz Island which marked the end of the colonialism,’ he said.

April 30 is honored as National Day of the Persian Gulf.