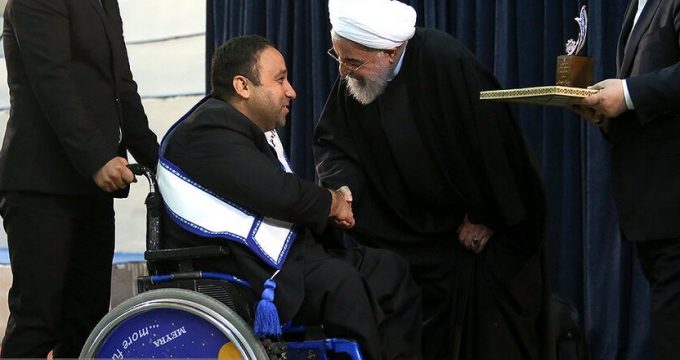 Iran’s Rouhani says workers ‘On Front Line’ against US

Bourse and Bazaar | AFP: President Hassan Rouhani called on Iranian workers Tuesday to boost non-oil exports and import substitution, telling them they were “on the front line” against America and its tightening sanctions.

Last week, his administration announced that from Thursday it would end oil purchase waivers granted to Iran’s main customers including China, India and Turkey.

The move has piled new pressure on Iran’s reeling economy that the International Monetary Fund was already projecting would shrink by 6.0 percent this year.

Addressing workers in a south Tehran sports complex on the eve of May Day, Rouhani said that boosting Iran’s manufacturing output was vital to shore up the value of the rial.

“Whenever you go for self-sufficiency, you have increased the national currency’s value and the more you can increase production for exports, you have increased our foreign currency revenue,” Rouhani said in the speech broadcast live on state television.

“America’s purpose in cutting oil exports is to reduce our foreign currency revenue and the way to counter it is through the production and export of non-oil goods,” he added.

But despite regulations in place requiring exporters to repatriate profits, only a quarter of non-oil earnings were returned to Iran.

Rouhani vowed that despite the unilateral measures adopted by the United States, Iran would continue to supply oil to its major customers, all three of whom have expressed anger at Washington’s attempt to impose its will.