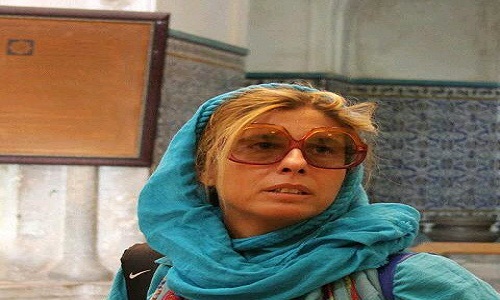 IRNA – Deputy representative of an Italian private publisher, Brioschi Editore, said on Sunday that she is immensely ‘impressed’ by the great number of visitors in Tehran International Book Fair.

Tiziana Buccico, deputy representative of Brioschi Editore, made the impression in an exclusive interview with IRNA.

About the book, Ms Buccico said: ‘I love so much the story,’ because it is first ‘story of a woman, not a wife.’

Asked if she knows about the Iranian poets, she replied that she is familiar with Shahnameh, a long epic written by the prominent Persian poet Ferdowsi who most believe has played an influential role in surviving Persian language.

‘Rumi (Mollana) is special for me,’ she added when talking about the 13th-century Persian poet who is the writer of Masnavi-ye-Ma’navi.

Asked about her presence in the Tehran International Book Fair, she said she has been attending the cultural event for five years.

Ms Buccico also talked of the close culture of Italian and Iranian people have.

She described the Iranian people as ‘good and friendly’.

At the end of her remarks, Ms Buccico said she has invited Italians and other tourists to visit Iran to get familiarized with ‘real Iran.’

The 32nd Tehran International Book Fair kicked off in the Iranian capital on April 23.