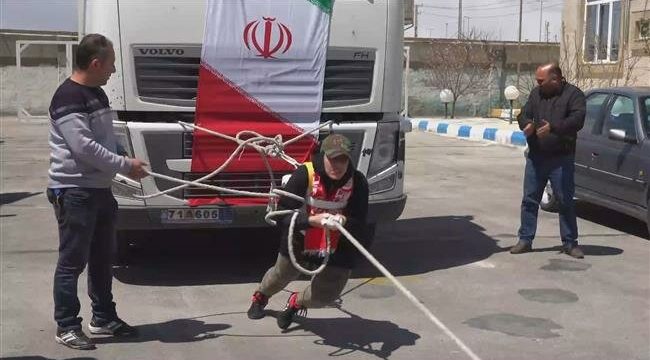 World’s ‘most powerful woman’ breaks own record by hauling 1.2-tonne truck in Iran

Press TV – The world’s ‘most powerful woman’ according to the Guinness World Records, 43-year-old Iranian Giti Mousavi has demonstrated her impressive strength by pulling a truck weighing 12,380 kg (27,293 pounds) for 30 meters, in footage filmed in Tabriz.

“My goal is to show my God-given talent, at least to myself, to the people around me and to the sports community,” Giti said, adding that she wants “to show that women’s abilities can be seen around the world and they can show their power.”