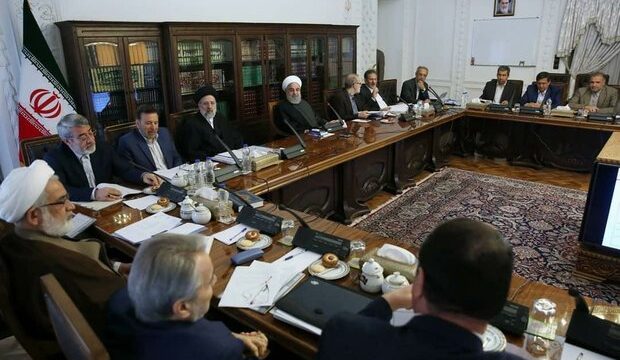 MNA – The 31st meeting of the Supreme Council of Economic Coordination was held on Saturday with heads of the three branches taking part.

According to the official website of Iranian Presidency ‘President.ir’, at the session that was chaired by President Hassan Rouhani and heads of the judicial and legislative branches were taking part, proposals by ministries of ‘Industry, Mine and Trade’ and ‘Interior’ for boosting production and solving the problems of enterprises were discussed and approved.

Based on the decision made by the council, some enterprises were allowed to pay their taxes in five-year instalments.

Also, ministry of Petroleum presented a report on the country’s oil exports and the council discussed ways to continue producing and exporting oil, as well as means to reduce risks.