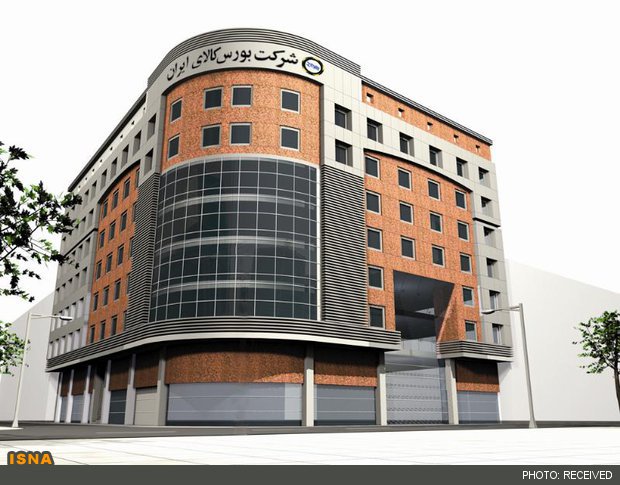 MNA – Leader of Islamic Revolution Ayatollah Seyyed Ali Khamenei has named the current Persian Year, 1398, as the ‘Year of Boosting Domestic Production’, calling on all officials to make the issue of production the pivot of their activities.

“If production is boosted, it can solve livelihood problems, it can ensure the country’s independence from foreigners and from the enemies, it can eliminate unemployment and it can solve the problems related to the decrease in the value of the national currency to a great extent,” the Leader said in his message on the occasion of the start of the new year on March 21, 2019.

The issue comes of the highest importance than before, due to Trump’s decision about cutting all waivers of Iranian oil which will dramatically decrease oil-reliant country’s oil revenues.

The need for an indigenous economy and boosting production is more highlighted, now.

Production prosperity is the fuel for the economy engine to run. It entails growth, job creation, improving the nation’s livelihood as well as combating recession, inflation and unemployment. It increases non-oil exports of the country and will consequently boost foreign exchange revenues; having more foreign exchange income, injected back to domestic financial system, will have domestic production enhanced and the formed loop will go on and on. Protecting domestic production will also lure foreign and domestic investments and improve the available infrastructure, which will result in scientific and industrial growth and again boost in production. Any improvement in Gross domestic product (GDP) will consequently reinforce Iran’s depreciated currency, rial, and competitiveness of its products at international markets. Thus, lubricating the production wheel, Iran can compete with foreign rivals.

The initial key factor to reach a booming economy is supporting production units and small and medium-sized enterprises (SMEs) which ignite prosperity of other production sectors.

While, injecting liquidity and supplying working capital via granting banking facilities is the dire need of production units in Iran, opening their way to stock market, where they can offer their manufactured products, is the other element that can help production units and SMEs increase productivity, ability to create more jobs and play their role as they should in the economy cycle.

In Iran, mercantile offerings at domestic stock market are done at Iran Mercantile Exchange (IME). Directly and without participation of middlemen, domestic products’ prices are set via the contribution of sellers and purchasers, i.e. demand and supply, the mechanism that guarantees interests of the Iranian producers.

IME redirects the profits of selling the products and the earned added value to the real producers, which is an important factor in setting proper cushions for economic prosperity. Cutting the hands of the middlemen and their minions, IME has the ability to cool down the inflated prices and bring tranquility and transparency to the market.

The significant role of transparency in economic activities should not be compromised on the way to boost domestic production. In a bid to impede rents and corruption and spur transparency and competitiveness among production units it seems efficient to offer their products at mercantile exchange market. Transparency acts as a proper bed for creation of the circle of income, saving, and investment, since it lets producers easily earn, save or invest in development and infrastructure projects. The conditions, similar to which cannot be provided by unofficial markets.

Under the conditions that the country is dealing with the toughest sanctions ever and unpredictable foreign exchange rate fluctuations and these factors are directly influencing the prices of basic goods and raw materials, unofficial markets, on which the government has no observation, exacerbate the difficulties.

Producers can easily supply their required raw material at IME at real prices. Participating in IME would spur competitiveness among producers to improve quality of their products, as previously mentioned.

On the consumer side, the offered products at IME come with reasonable prices.IME is trying to issue new financial instruments to support domestic production, supply raw materials, and cover price fluctuation risks.

In fact, the road to make production prosper is bumpy. Supplying liquidity of production units, the present banking restrictions in monetary transactions with other countries, the arrears of the Iranians banks to CBI, the value added taxes levied mostly on producers, the unstable foreign exchange rates, the increased prices of the raw materials, the decrease in purchasing power and the increase in production prices are considered as threatening factors to the goal.

For the newly started Iranian calendar year the government is determined to review and modify its monetary policies about setting foreign exchange rates, curb the rampant inflation and high liquidity volume and supply the present budget deficit via relying on stock market.

Offering crude oil and gas condensates at Iran Energy Exchange (IRENEX) is being done on a regular basis now and it is hoped that the international ring of IRENEX would find a way to give a breath to the oil sales and revenues of Iran, following Trump’s removal of Iran oil waiver exemptions.

IME, as the other pillar of Iran’s stock market, can play a key role in rescuing the country from Trump’s draconian sanctions.