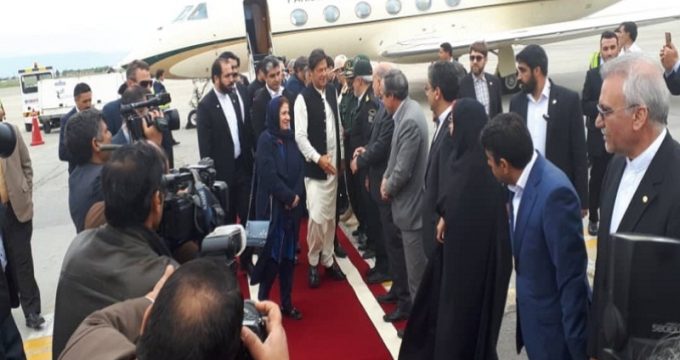 MNA – The plane carrying Pakistani Prime Minister Imran Khan and his accompanying delegation landed at Shahid Hashemi Nejad Airport in the northeastern city of Mashhad to start their official visit to Iran.

Upon his arrival at Shahid Hashemi Nejad Airport in Mashhad, the Pakistani premier and his accompanying high-ranking delegation were welcomed by Khorasan Razavi provincial governor and some other officials in the province.

Imran Khan is scheduled to visit the holy shrine of the 8th Imam of Shia in Mashhad and then hold a meeting with the custodian of the shrine.

During the important trip, the Pakistani prime minister is accompanied by several ministers.