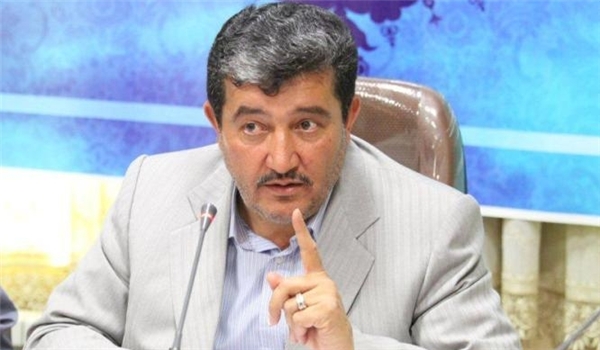 MNA – Head of Iran-Palestine Parliamentary Friendship Group Amir Khojasteh said on Saturday the Zionist regime is now under the siege laid by the Resistance.

Khojasteh said in an interview with IRNA that the Zionist regime is now surrounded by Resistance forces so that on one hand it faces Hamas and on the other hand Hezbollah, Syria and Iraq.

He went on to say that the Israeli regime is well aware that Resistance forces missiles will destroy it if it makes a mistake.

He noted that in recent years, US has been utilizing its full potentials and capabilities in the region, bringing together the most brutal terrorists from all over the world in Syria and Iraq, so that to form dependent governments in the countries to prevent Iran to help Palestine and Lebanon.

He added that all this is done to ensure the security of the Zionist regime, and to this end the US-backed terrorists in the region did not have mercy on no one.

The Iranian MP highlighted that US action in the region is due to the concerns of the Zionists and According to Iran leader’s prediction; definitely Israel will not exist in the future of the Middle East region.

Khojasteh asserted that one of the aims of the Iranian delegation’s visit is the need for unity between the Resistance groups, adding that now, the alliance of all Palestinian groups, like the Lebanese groups, has been created, and it is necessary for them to abandon minor differences and to move forward unanimously as Lebanon did.

The Iranian MP went on to say that Resistance forces’ vigilance will neutralizes so called Deal of the Century. We need to be vigilant about the Deal of the Century in order to neutralize the plots of the enemies; if we neglect, they will come forward and implement their plans.

Head of Iran-Palestine Parliamentary Friendship Group also said that the Palestinian groups have now announced to the Zionist regime that their strategy is blood for blood and missile for missile creating deterrence.

He stressed that the silence of Arab countries is betrayal to the Islamic World and the normalization of relations between some Arab countries and the Zionist regime is also considered to be a security for Zionist regime, especially as some countries in the region, such as Saudi Arabia and the UAE, are doing inappropriate actions in this regard.

In conclusion, calling the result of the talks with Lebanese official positive he said the current level trade relation between Iran and Lebanon is very low and it should be increased.