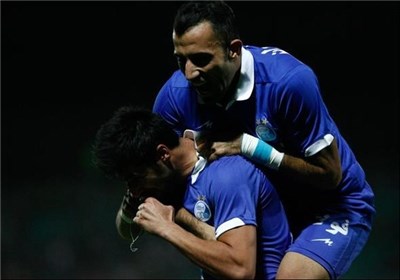 Tasnim – The-afc.com wrote that Esteghlal of Iran moved into the heart of 2019 AFC Champions League for the two Round-of-16 places with win over the Al Hilal of Saudi Arabia in Doha.

After convincingly winning its first two games of the group, Al Hilal succumbed to a 2-1 defeat at the hands of Esteghlal on Matchday Three. The Saudi side, however, remains top of Group C with six points.

Esteghlal, meanwhile, moved into the heart of competition for the two Round-of-16 places with the win in Doha, having collected just one point from their first two matches.

A win against Al Hilal in Abu Dhabi on Tuesday could see the team topples the Saudis from the top spot.

The match will be held at the Mohammed Bin Zayed Stadium in Abu Dhabi, the UAE on Tuesday.