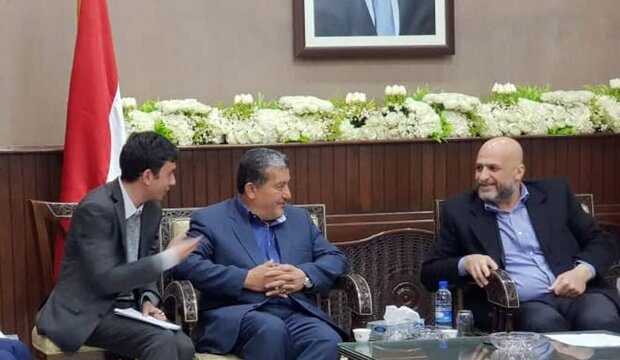 Iranian parl. delegation in Damascus to shore up bilateral ties

MNA – An Iranian parliamentary delegation arrived in the Syrian capital, Damascus, early on Saturday to meet and hold talks with the senior officials of the Arab country.

During their three-day visit to Damascus, the lawmakers will also meet with Syrian Deputy-Foreign Minister Faisal Mekdad.

The delegation wrapped up a two-day visit to Beirut yesterday. During their stay in Lebanon, the parliamentarians discussed bilateral ties with a number of Lebanese and Palestinian officials.