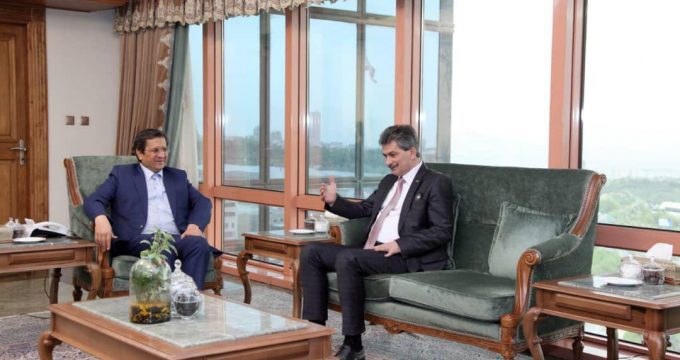 IRNA – Governor of the Central Bank of Iran (CBI) Abdul-Nasser Hemmati in a meeting with Turkey’s Ambassador to Iran Derya Ors on Thursday called for growing cooperation between banks to facilitate trade activities between Iran and Turkey.

He stressed that in spite of desirable trade exchange volume between the two countries, there are still far distances with drawing goal of 30 billion dollars and expressed the hope that exchange volume to be increased more in future regarding to mutual capabilities of the two states.

TheTurkish ambassador pointed to constructive agreements between the two foreign ministers on Wednesday and called for prompt execution of the agreements in the field of trade.