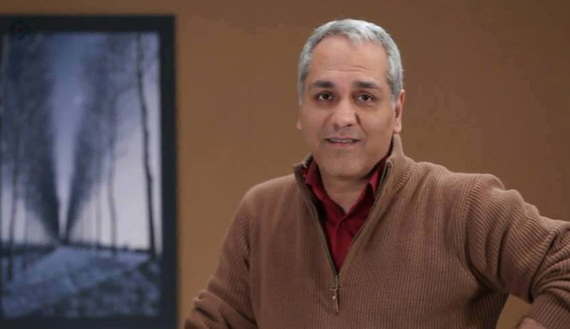 Al-Monitor | Rohollah Faghihi: The most famous face of Iranian comedy has courted controversy again by ridiculing the government’s efforts to help the victims of the flood that struck more than 25 provinces and resulted in dozens of deaths.

“Nothing is more painful for the people of the country than seeing their leaders in wet pants,” said Mehran Modiri, mocking state officials visiting flooded cities and explaining that their brief visits were mere shows that backfired in terms of their public image. Speaking on state TV April 2 during his talk show, “Dorehami” (“Get Together”), the Iranian comedian took a straight shot at what he called the government mismanagement of the floods in the country.

“I was told not to [make statements that would increase disappointment among people], but it seems now that the people are drowning in hope,” said Modiri in a thinly veiled reference to Tehran’s calls to “keep up the hope” amidst the dire economic situation of the country.