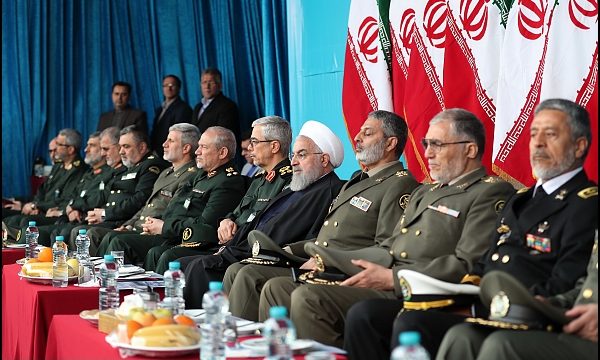 Tasnim – The Iranian Army servicemen held commemorative parades across the country on Thursday to celebrate the Army Day and the Ground Force Day.

In capital Tehran, the ceremony was held near the mausoleum of the late founder of the Islamic Republic of Iran, Imam Khomeini, with high-ranking officials and senior military commanders in attendance.

President Hassan Rouhani delivered a speech before the beginning of the parade.