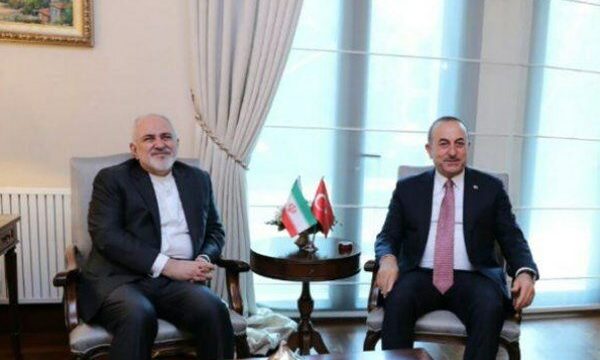 MNA – Iranian Foreign Minister and his Turk counterpart Mevlut Cavusoglu held their first round of talks in Ankara on Wednesday.

The meeting was held privately, the report said.

Late Tuesday upon arrival in Ankara after having a one-day visit to Syria and holding talks with the country’s high-ranking officials in Damascus, Zarif said that the aim of his visit to Turkey is to confer on regional developments as well as ways to expand bilateral ties.

Zarif went on to say that during his visit to Turkey, he will discuss with Turkish officials regional developments, especially those in Syria and North Africa.

Pointing to the recent visit of Iranian President Hassan Rouhani to Turkey and the signed agreements between the two sides, he noted that he will further discuss bilateral politico-economic relations with Turkish officials.

Zarif started a trip to Syria and Turkey on Tuesday as part of Tehran’s regular political talks with Damascus and Ankara.