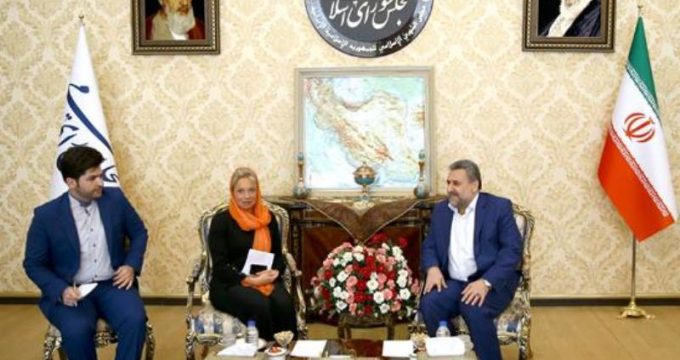 IRNA – The United Nations (UN) special representative for Iraq on Tuesday criticized the US move against the Islamic Revolution Guards Corps (IRGC).

For sure, listing the IRGC a terrorist entity by the US will not help ensuring regional stability and it will also affect the security in Iraq, Jeanine Hennis-Plasschaert said.

She made the remarks in a meeting with Chairman of the Iranian Parliament’s Foreign Relations and National Security commission Heshmatollah Falahatpisheh.

He urged all sides to cooperate in order to prevent re-emergence of Daesh (ISIS).

The UN official lauded the good relations between Iran and Iraq, and called for continuing efforts to ensure peace in this region.

In the meantime, Falahatpisheh, for his part, said that Iran expects the US to avoid making new challenges in the region.

If Iran has not supported the regional people’s resistance against Daesh, terrorists would enter the European countries’ borders, the lawmaker said while describing Daesh (ISIS) a common threat against the world security.

The UN should prevent US’ extremism in the West Asia region, he noted.

The lawmaker advised the UN to avoid following the officials of the US and Zionist regimes’ policies.

He pointed to the US and Zionist regime’s dangerous moves in the region and said Iran is ready for all scenarios.