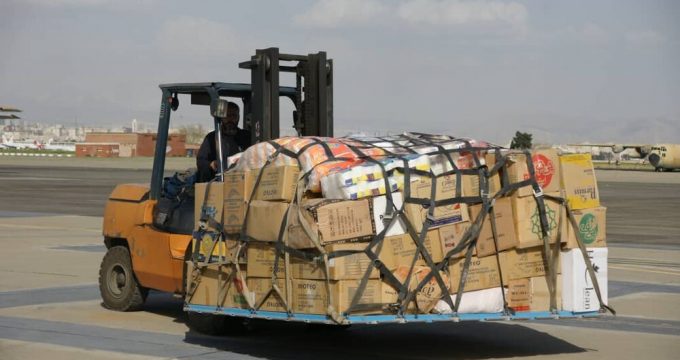 MNA – A humanitarian aid flight left from the southern Italian city of Brindisi on Tuesday carrying 40 tons of essential humanitarian aid for victims of the flash floods that have afflicted much of Iran over the past month.

The items include relief supplies and hygiene and sanitary kits that have been donated to the Iranian Red Crescent, the Italian Foreign Ministry said in a statement on Tuesday.

The material losses caused by the water torrents have so far been estimated to be to the tune of 350 trillion rials ($2.5 billion), mainly to homes, farmlands, roads, bridges and power and water infrastructure.

Iran has received aid from neighboring countries and from further afield, including France, Germany, Russia, and some Persian Gulf states.