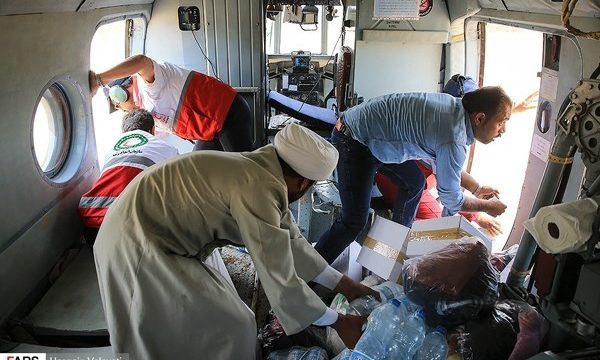 2 million in need of aid after Iran floods: Red Crescent

AFP – The devastating floods that have swamped many parts of Iran since March have left two million people in need of humanitarian aid, the Red Crescent said Monday.

The International Federation of Red Cross and Red Crescent Societies called the floods the “largest disaster to hit Iran in more than 15 years”.According to the IFRC, the floods have killed at least 78 people and injured more than 1,000 others.

An estimated 10 million people across 2,000 cities and towns have been affected, with more than half a million displaced, it said.

“In all, more than 457,000 people have been reached by Red Crescent services,” and emergency accommodation provided for 239,000.

Heavy rainfall in eastern Iran since Saturday prompted authorities to renew flood warnings for large swathes of the country, with local media reporting rivers bursting their banks and roads being swept away.

Iran has been hit by massive floods since March 19 following heavy rainfall in the normally arid country.

Alternating between the country’s north, west and southwest, the floods have caused between $2.2 and $2.6 billion of damages.

Officials said Sunday that 25 out of Iran’s 31 provinces have been affected and more than 14,000 kilometres (8,700 miles) of roads damaged.