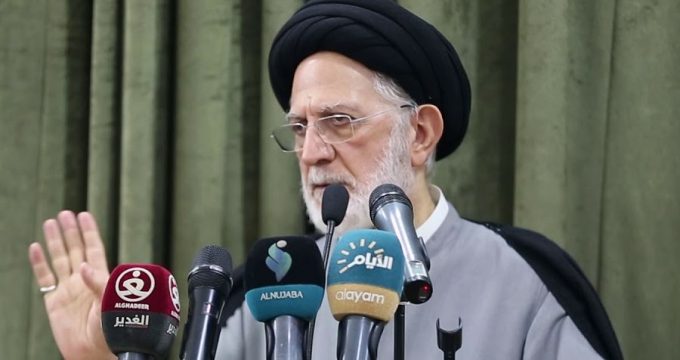 IRNA – Senior Iraqi political figure on Saturday warned about the consequences of the US measure to blacklist the Islamic Revolution Guard Corps (IRGC) as a terrorist organization.

US President Donald Trump measure against Iran will escalate tensions in the region, Deputy Head of the Islamic Supreme Council of Iraq Mohammad al-Heydari said.

He made the remarks in an interview with the Islamic Republic News Agency (IRNA).

The Iraqi political figure described US President Donald Trump’s move as unwise, noting that it was a gift to the Zionist regime’s Prime Minister Benjamin Netanyahu.

He referred to the IRGC role in ensuring security of the Persian Gulf, and said that the US move has dangerous consequences.

Iran’s power should not be ignored, the Iraqi figure added.

He said that the US move increased the IRGC’s popularity in Iran and the region.

In reaction to the US designation, Iran’s Ambassador to London Hamid Baeedinejad said the US move against the IRGC at a time when the Iranian military body is helping the flood-hit people with all in power is a gift to Israel’s Benjamin Netanyahu to assist him in the elections.

The latest anti-Iran move of Trump was also met with fierce reactions from Iranian officials.

In a letter to President Hassan Rouhani, he also called for a retaliatory move by labeling the United States Central Command as a terrorist organization and the US government as a terrorist sponsor.

Zarif described the move as ‘another misguided election-eve gift to Netanyahu’.

In a related development, Chairman of Majlis National Security and Foreign Policy Commission Heshmatollah Falahatpisheh announced on April 8 before the US anti-IRGC decision that Iranian parliament has prepared a double-urgency bill which will be approved in case the US takes possible measures against IRGC.

Falahatpisheh said that if it happens, Iran will declares the US military forces as a terrorist group like Daesh (ISIS).

The members of the Iranian parliament at Tuesday’s session showed up in official uniforms of IRGC to announce their support and solidarity with the forces.

To support the IRGC, 255 out of 290 Iranian lawmakers issued a statement on April 8, stressing that the Majlis will respond reciprocally to any measure against the IRGC as part of the Iranian military forces.

Majlis through its statement described the IRGC as one of great achievements gained after the 1979 Islamic Revolution in Iran.