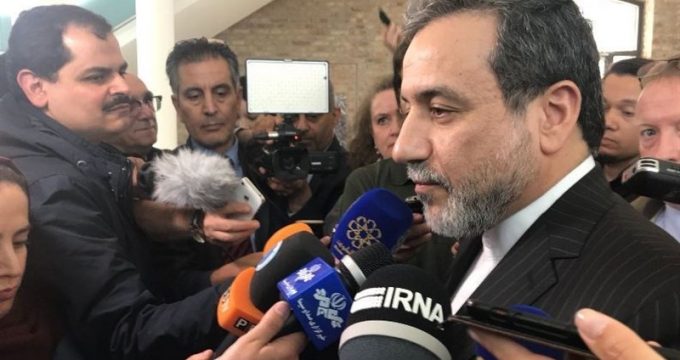 Responding to the tweet posted by the French ambassador, Araghchi wrote on his official Twitter account, “If tweets by Gerard Araud represent French position, we’re facing a major violation of the object and purpose of the JCPOA and UNSCR 2231. Needs immediate clarification by Paris, or we act accordingly”.

Earlier the French ambassador tweeted, “As we said in 2002 that enriching uranium without a credible civilian program was illegal under the NPT, we’ll be able to react likewise in 2025 if necessary. Sanctions were imposed. Sanctions could be reimposed. There is no “sunset” after the JCPOA”.

“It’s false to say that at the expiration of the JCPOA, Iran will be allowed to enriching uranium. Under the NPT and its additional protocol, it will have to prove, under strict monitoring, that its nuclear activities are civilian,” Araud added.