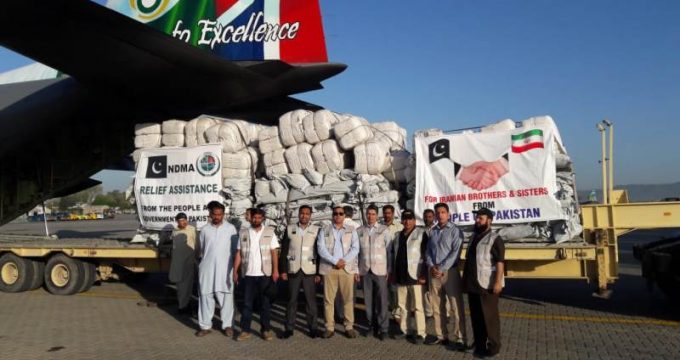 Talking to IRNA, the ambassador said that a C-130 aircraft carrying relief goods flew to Iran on Wednesday while another aircraft would leave on Thursday.

He said that the National Disaster Management Authority (NDMA) of Pakistan has dispatched a load of over 32 tons humanitarian assistance to flood-hit Iran.

He went on to say that the consignment contains 500 tents, 2500 blankets and emergency medical kits.

Earlier Prime Minister Imran Khan had, in a tweet, said that Pakistan was ready to provide any required humanitarian assistance to Iran.

Meanwhile Pakistan’s Foreign Minister Shah Mahmood Qureshi telephoned his Iranian counterpart Mohammad Javad Zarif to convey the grief of the government and people of Pakistan on the situation created by unprecedented flash floods in Iran.

Pakistani political and religious groups have also launched a campaign across the country and abroad to collect humanitarian aid to help Iranian flood-stricken people.