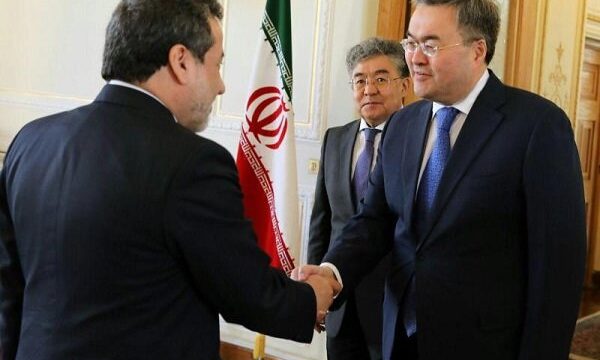 16th round of Iran-Kazakhstan political talks held in Tehran

MNA – The 16th round of political consultations between Iranian Deputy Foreign Minister for Political Affairs Seyyed Abbas Araghchi and his Kazakh counterpart Mukhtar Tileuberdi was held on Wed. in Tehran.

The two sides conferred on regional and international issues, in particular those related to the Caspian Sea and the relevant convention, as well as the latest developments in Afghanistan and Syria.

During the meeting, Araghchi condemned the unreasonable policies of the US including its withdrawal from the JCPOA, the relocation of the Israeli capital to Jerusalem al-Quds, the recognition of Zionists’ sovereignty over the Golan Heights, and the blacklisting of IRGC as a terrorist group, saying that “these actions are in contrast with all international rules and conventions and the US is responsible for any possible consequences of its policies.”

The Kazakh official, for his part, expressed his country’s support for expanding bilateral economic cooperation with Iran as well as support for JCPOA.