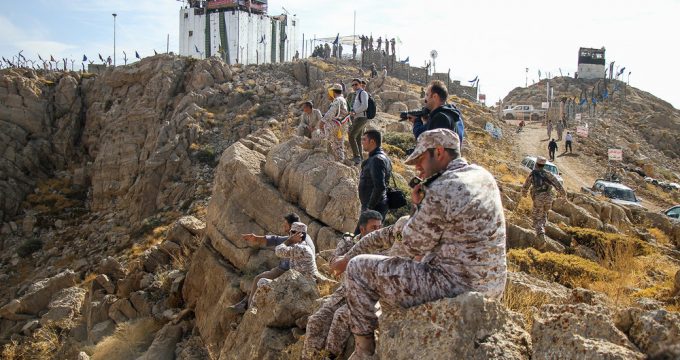 Press TV – A decision by US President Donald Trump to blacklist Iran’s Islamic Revolution Guard Corps (IRGC) has sparked condemnations from the Gaza-based Palestinian Islamic Jihad resistance movement as well as the Iraqi military groups, which played a great part in the Arab country’s Iran-backed fight against the Daesh terror group.

On Monday, the White House labeled Iran “a State Sponsor of Terrorism” and the IRGC a “foreign terrorist organization,” claiming that the elite Iranian force “actively participates in, finances, and promotes terrorism as a tool of statecraft.”

This is the first time the US has officially branded another country’s military a “terrorist organization.”

Iran swiftly retaliated, with the Supreme National Security Council designating the US government a supporter of terrorism and its West Asia force, known as the United States Central Command (CENTCOM), a terrorist organization.

Reacting to Washington’s latest hostile move, Harakat Hezbollah al-Nujaba, an Iraqi Shia movement known for its active cooperation with the national army in counter-terrorism operations, stressed that the designation will have no impact on the approach of Iraq’s Islamic resistance groups towards neighboring Iran.

Nujaba spokesman Hashim al-Mousawi noted that the blacklisting is part of a unilateral American campaign of sanctions already targeting Iran and the IRGC.

Mousawi further censured the US for using the issue of terrorism as a tool to pile pressure on other countries and wage psychological warfare against them.

Similarly, the fellow Iraqi Kata’ib Hezbollah Shia group condemned the blacklisting of the IRGC, saying the term ‘state sponsor of terror’ best describes the United States itself because it has a history full of evil and crimes against world nations, including Iraq.

The belligerent US policy against Iran, Islam and the resistance front will leave no option other than resistance in the face of Washington’s acts of aggression, the group said in a statement.

The racist and stupid US president has now resorted to a set of measures aimed at plunging the world into tensions and chaos after the resistance front successfully foiled all American-Israeli plots in the Middle East region.

Kata’ib Hezbollah also expressed its solidarity with the Iranian nation in the face of the unilateral and oppressive US sanctions, which it said are supported by the criminal regimes in Tel Aviv and Riyadh.

It further warned that the US military presence in Iraq poses a threat to the national security of the country and its neighbors, urging the Baghdad government to stop cooperation with the Americans, Zionists and Saudis.

In 2014, when Daesh unleashed its campaign of terror in Iraq, Iranian military advisors rushed to the aid of Iraqi Armed Forces on Baghdad’s request, helping them reverse Daesh’s gains and ultimately liberate their entire homeland from the Takfiri terror outfit some three years later.

Additionally, the Palestinian Islamic Jihad movement, in a statement, censured the IRGC’s blacklisting as another hostile and unwise move.

It is the US, itself, that supports terrorism and commits crimes against humanity, the statement emphasized.