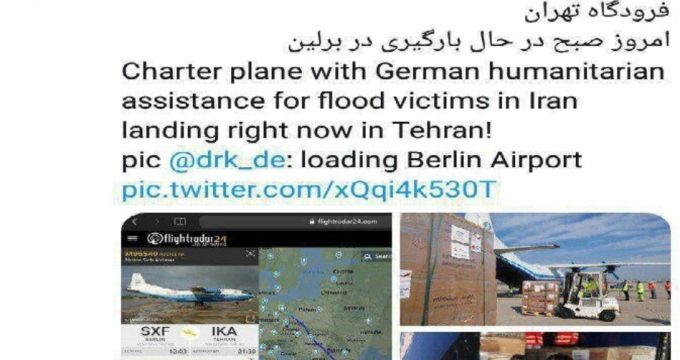 Meanwhile earlier, he European Commissioner for Humanitarian Aid and Crisis Management Christos Stylianides said “Following the severe floods in #Iran we are allocating an initial amount of €1.2 million in emergency support to assist the most vulnerable communities.”