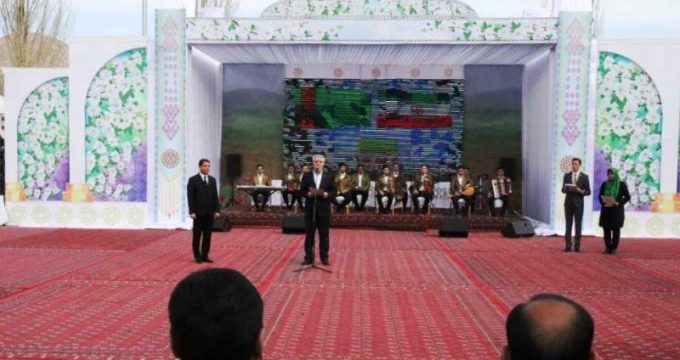 He added the common border is nothing but culture and civilization which connects hearts in every single points from to India to Iran and from Turkmenistan to Albania.

Appreciating Turkmen people and government and also Turkmenistan President Gurbanguly Berdimuhamedow for holding the event, he said Nowruz conveys the message of friendship, altruism, hope and attempts for flourishing.

Munesan also praised the attempts made by Iranian and Turkmen governments to develop bilateral ties and exchange of cultural delegations and expressed hope for developing good neighborliness and tourism among countries celebrating Nowruz.

It was registered as an Intangible Cultural Heritage of Humanity in 2009 by the UN.

The celebration has so far been held in many countries like Russia, Belarus, Netherlands, Ecuador and Hungary and also in the United Nations.