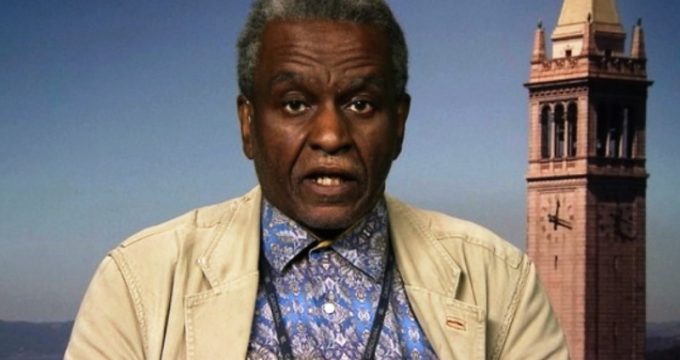 US historian: Trump’s anti-Islam policies reason for assaults on Muslims

IRNA – An American scholar believes that the anti-Islam policies of the US President Donald Trump is paving the way for the extremist and racist views in the west.

In an exclusive interview with the Islamic Republic News Agency (IRNA), Gerald Horne who is a professor at the University of Houston said it was Trump’s attitudes which set off attacks on the two mosques in New Zealand.

‘We are talking about a worldwide phenomenon,’ he noted.

Looking at the statements of the attacker on the mosques, one can easily see that he mentions Norway massacre, French and US elections, the American scholar said.

Horne said that the language the murderer of New Zealand massacre used ‘echoed the language of Donald Trump’.

‘In fact, he suggests that one of the reason he is doing this is to influence the events in the United States of America.’

‘He (the terrorist) also named some US conservatives, like Candace Owens; also his words reminded us of the Pittsburg attacks in the US in which some chanted ‘Jews will not replace us,’ he added.

Horne also said that Trump called the people who were shouting these slogans ‘fine people’.

Referring to the social base of the US president, he said that with or without Trump, these ideas that are the ‘general trend’ will survive as it is going on in Brazil and Europe too.

Answering a question as to why the mainstream media of the West first called it ‘mass shooting’ and ‘terrible massacre’ and avoided using ‘terrorist attack’ or ‘terrorism’, he said that the media echoes what is the result of the general policy of the Western countries.

He noted that the BBC and the CNN have also used double-standards in their reactions to terrorist attacks.

‘The United States was built upon seizing land from the indigenous population and kidnapping Africans and bringing them to labor, such as my ancestors, and then giving inducements to European migrants in order to benefit from this genocide and mass slavery.’

He added that New Zealand became a country in its modern form by invasion of the British who took the lands of the native people by violence, which is still seen between the indigenous Maori population and the British, who are called ‘white’ while similar tensions are seen in Australia and the United States as well.

He also said that when the Europeans were fighting the native people, the only way to keep the lands and the massacres was justifying them through white supremacy ideas and racism.

Dr. Horne holds the Moores Professorship of History and African-American Studies. His research has addressed issues of racism in a variety of relations involving labor, politics, civil rights, international relations and war. He has also written extensively about the film industry. Dr. Horne received his PhD in history from Columbia University and his JD from the University of California, Berkeley and his BA from Princeton University.

He is the author of more than thirty books and one hundred scholarly articles and reviews. His current research includes an examination of the US-South African relations since the so-called “Anglo-Boer War” at the end of the 19th century and an analysis of the Political Economy of the music called “Jazz” from the late 19th century to the present.