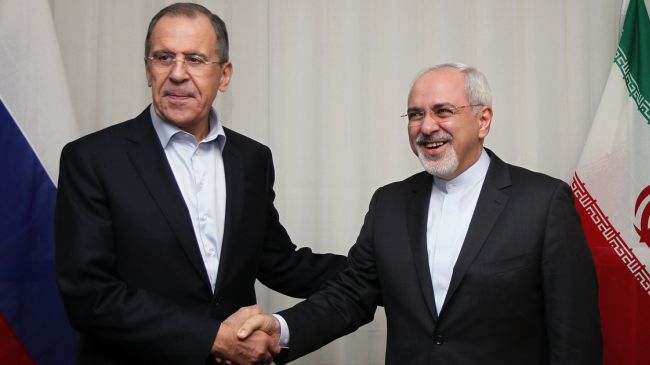 “The relation, which gathers Syria with Iran and Iraq, is strong,” Assad said in the capital Damascus on Monday, the official Syrian Arab News Agency (SANA) reported.

The Chief of General Staff of Iranian Armed Forces Major General Mohammad Hossein Bagheri has paid a visit to Syrian forces and other Resistance forces on the front line in Deir ezZor province in east Syria.

South Korea’s imports of Iranian crude oil more than quadrupled in February from a month ago, nearing a level before US sanctions on Tehran.

Iranian FM: US, west should account for crimes in Middle-East

Iranian Foreign Minister Mohammad Javad Zarif underlined his country’s distrust of the US and other western states, saying that they should account for their crimes in the Middle-East region.

Rouhani said despite the pressures and tensions, the government and the central bank were able to control currency rates to a great extent.

The deputy head of Iran’s Ports and Maritime Organization announced that a foreign cargo ship has sunk in the waters off the Shahid Rajaee port in the southern city of Bandar Abbas but all 14 people aboard the vessel have survived.

Development of relations with China is a priority for Iran, the Iranian economy said on Tuesday.

Iran has sent 300,000 barrels of gas condensate for export from a new phase of South Pars, the world’s largest gas field, Payam Motamed, operator of the South Pars phase 13 project, said on Tuesday, according to the ISNA news agency.

The Iranian Foreign Minister Mohammad Javad Zarif believes Iran’s accession to anti-money laundering global body the Financial Action Task Force (FATF) will not cause any damage to the national interests of the country.