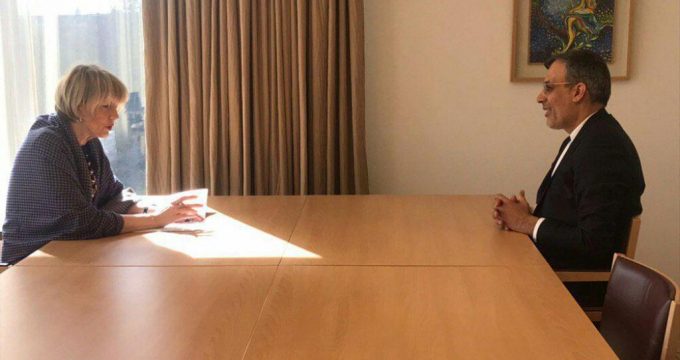 In their meeting in Brussels on Sunday night, Hossein Jaberi Ansari and Schmid exchanged views on various issues such as current crisis in Yemen and Syria along with regional developments.

Iran’s envoy is to attend the fifth round of talks between Iran and the four European countries (Germany, France, England and Italy) on Yemen’s crisis.