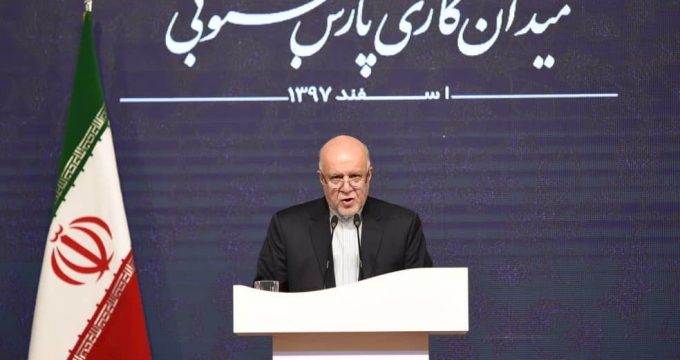 Addressing a ceremony to officially launch phases 13 and 22-24 of the major joint gas field, that was held in the presence of the Iranian President Hassan Rouhani in the southern city of Assaluyeh on Sunday, Mr. Zangeneh said the first South Pars development contract was struck back in 1997, and until August 2005, only 5 phases of the field were completed.

He said plans were under way to bring online three more South Pars phases by mid-2019 which would include phases 13, 14 and 22-24.

The Iranian Minister of Petroleum added that gas production from South Pars stood at an average of 610 mcm/d while production capacity was 660 mcm/d from the joint gas fields.