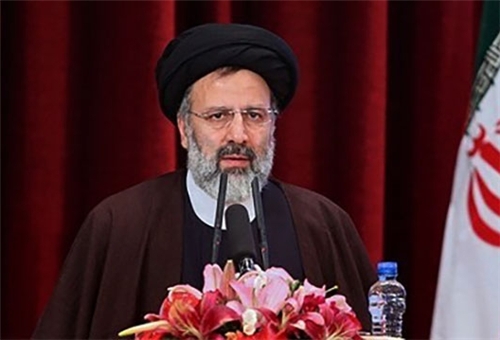 FNA – Iran’s Judiciary Chief Seyed Ebrahim Rayeesi condemned the Thursday terrorist attack against Muslims in New Zealand, calling on all the world states to cooperate in the fight against terrorism and spreading hatred against different religions.

“The bitter reality hidden in this barbaric crime reminds the importance and urgency for all-out international cooperation and interaction to confront the problem of terrorism and fight against attempts to spread hatred against religions and tribes and also end the destructive Islamophobia which unfortunately is heard and seen every day in the western media and from certain western state officials,” Rayeesi said in a message on Saturday.

Also, Chairman of Iran’s Expediency Council Sadeq Amoli Larijani said that the terrorist and racist attacks against Muslim worshippers in New Zealand disclosed that the western sponsores of the terrorists are hypocrite and against human rights.

Both Iranian officials condemned the attack, extending their condolences to the New Zealand people and government as well as the bereaved families of those killed in the terrorist shooting.

During the worst terrorist attack on New Zealand soil, 49 Muslims were killed and 48 more hurt after mass shootings at two Christchurch mosques on Thursday.

The Australian suspect arrested after dozens of worshippers were gunned down in two mosques appeared unrepentant in court in New Zealand on Saturday, staring down media members with a smirk on his face.

Brenton Tarrant, 28, appeared in a Christchurch District Court and was charged with murder. He was remanded without a plea until his next appearance in the South Island city’s High Court on April 5.

Handcuffed, shoeless, and wearing a white prison suit, Tarrant did not speak. His court-appointed lawyer made no application for bail or name suppression.

He flashed an upside-down “okay” signal, a symbol used by white power groups across the globe.

Two other suspects were taken into custody while police tried to determine what role, if any, they played in the cold-blooded attack that stunned New Zealand.

Calling it a well-planned terrorist attack, Prime Minister Jacinda Ardern said the main suspect was a licensed gun owner who used five weapons during his rampage, including two semi-automatic weapons and two shotguns.

New Zealand, with a population of five million, has relatively loose gun laws and an estimated 1.5 million firearms, or roughly one for every three people.

Muslims account for one percent of New Zealand’s population, a 2013 census showed, most of whom were born overseas.