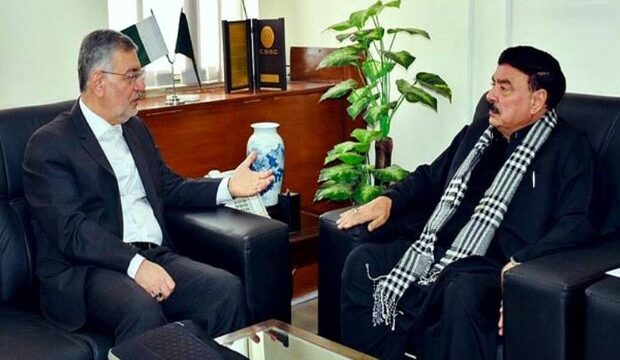 He made the remark in a Wednesday meeting with ECO Secretary General Hadi Soleimanpour, who agreed to enhance coordination between three counties in this respect.

During the meeting, Sheikh Rasheed briefed Soleimanpour on the ongoing mega railroad projects, including ML-2 and ML-3, as well as upgradation of Quetta-Taftan railway track.

Soleimanpour, for his part, said Pakistan is an important member of ECO and its role for the development and prosperity of the region is commendable.

He highlighted that services of the ECO Trade and Development Bank could be utilized for financial partnership by its member countries.

“ECO development bank could be beneficial for financial partnership,” he added.