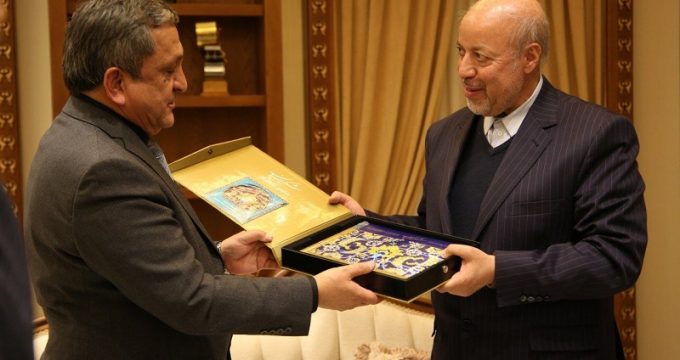 IRNA – Head of Uzbekistan Center of Islamic Civilizations said that there are great capacities for sisterhood agreement between Isfahan and cities of Uzbekistan, including Samarkand.

Sha Azim Monavvarov made the remarks in a meeting with Isfahan Governor General late on Wednesday, adding that Isfahan has numerous historic and ancient attractions and can have close interaction with Uzbekistan cities, including Samarkand and Bokhara.

Noting that over 500,000 tourists visit Isfahan each year, he said, “We can create tourism path of Paris-Isfahan-Samarkand and promote tourism industry among the cities.”

Isfahan governor general also welcomed proposal of sisterhood agreement between Isfahan and Samrkand, saying that Isfahan has many interesting attractions for the tourists.

Dialogues between the officials are essential for enhancing relations, he said, noting that Isfahan welcomes boosting cultural and tourism relations with Uzbek cities.