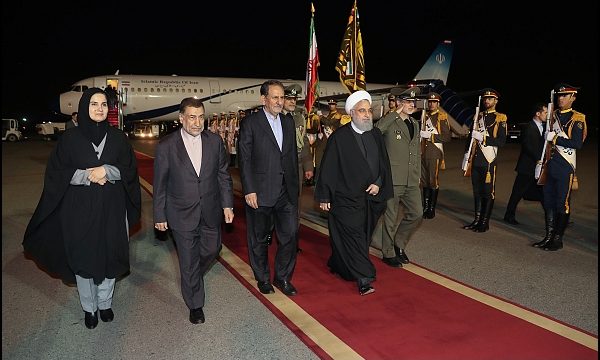 Rouhani back home from Iraq

Rouhani was in Baghdad at the head of a politico-economic delegation on the invitation of the country’s officials.

His meetings with Iraqi counterpart Barham Salih, Prime Minister Adel Abdelmahdi and Parliament Speaker Mohammed al-Halbousi were among Rouhani’s major programs during his visit to the neighboring state.

During his trip to the country he met with religious, academic and tribal leaders in Baghdad, Karbala and Najaf.