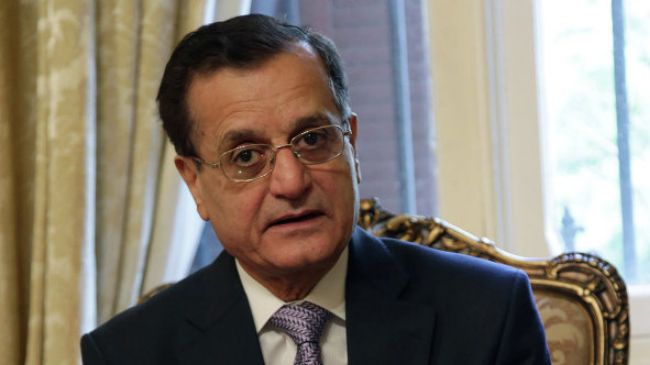 IRNA – Former Lebanese Foreign Minister Adnan Mansour, referring to the visit of the Iranian president’s visit to Iraq, emphasized that the benefits of the Arab countries require them to restore ties with the Islamic Republic and develop these relations.

In an exclusive interview with Islamic Republic News Agency (IRNA) on Tuesday, Mansour said, ‘I see Mr. Rouhani’s visit to Iraq as a very important step, as it prompts relations between Iran and Iraq are enhanced as deep as the deep-seated relationship between Iran and Syria and this will affect other countries in the region and there are other Arab countries whose interests require them the establishment of relations with the Islamic Republic of Iran.’

‘The United States has always raised excuses and tells the Arab states that Iran threatens the security and stability of the region in a way that these statements between the Arab countries of the region provoke them to buy more weapons from the United States, which is against the interests of the peoples of the region, former Lebanese ambassador to Iran for seven years (1995-2002) highlighted.

Mansour said, ‘Some of the countries in the region, including some of the southern marginal governments of the Persian Gulf, are opposed to Iran’s policies and consider it a threat to the security of the region, and so they have cut off their ties with Iran and do not want any proximity between Iran and Arab countries.

He said that this is a policy of the West, and especially the US policy in the region. The United States does not want any closer ties of Iran with the Arab states, because the proximity between them is destroying the US equations in the region, and therefore there is no need for foreign military bases, especially American and French, in the region.

Pointing out that the Iranian president’s visit to Iraq is undoubtedly an important one and a new phase in relations between the two countries, Lebanon’s former foreign minister emphasized that Mr. Rouhani’s visit to Iraq has various dimensions, including the increased security, strategic, military, economic, and financial cooperation.

Mansour noted that various protocols and agreements were signed on various issues, including agriculture, industry and trade, and today there have been talk of the establishment of a common railway between Iran and Iraq, which could be enhancing economic cooperation.