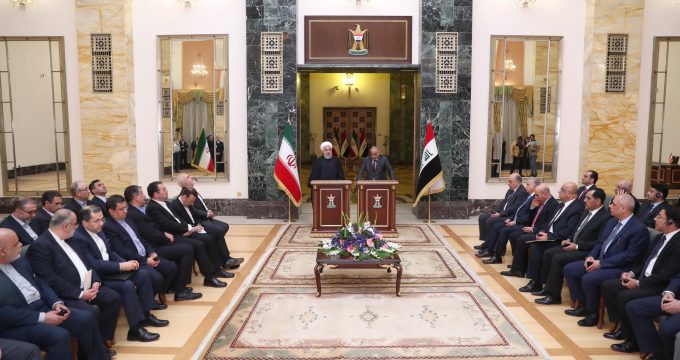 President.ir – After the signing of five memoranda of understanding between Tehran and Baghdad, President announced that the two countries had agreed to make issuing visas for Iranian and Iraqi pilgrims and tourists free.

Speaking in a joint press conference with the Prime Minister of Iraq, President Hassan Rouhani appreciated the warm welcoming of the Iranian delegation by the Iraqi nation and government.