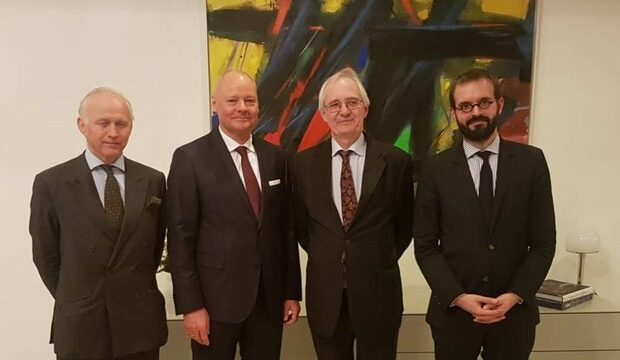 ISNA – The president of Instrument in Support of Trade Exchanges between Iran and EU arrived in Tehran and was welcomed by Germany, France and UK’s ambassadors in Iran.

“E3 (Germany, France and UK) Heads of Missions welcome INSTEX’s president, Per Fischer, to Tehran. Important step to discuss with Iranian counterparts how to make the EU-Iran trade mechanism operational,” the French embassy in Tehran wrote on its tweeter account.

Per Fischer has come to Tehran to discuss operationalizing INSTEX with Iranian officials.