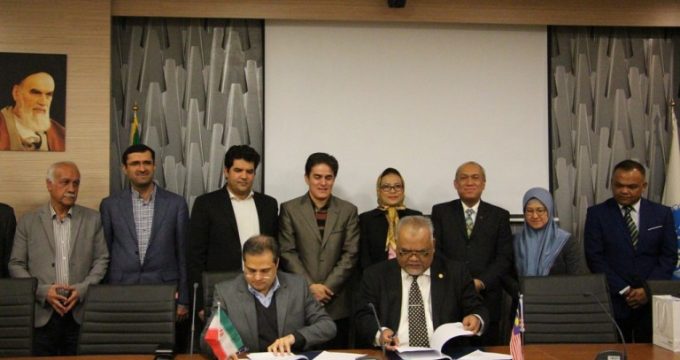 The meeting was attended by caretaker of department for non-Iranian students affairs affiliated to Iran’s Ministry of Science, Research and Technology Abdolhamid Alizadeh and Director General of Malaysian Ministry of Higher Education’s department Datin Siti Hamisah.

In the meeting, Alizadeh said Iran is ready to develop relations with Malaysia in all-out scientific areas, particularly in exchanging students.

Then, he elaborated on Iran’s policies on attracting university students and promoting educational cooperation in the international arenas.

For his part, the Malaysian official described his visit to University of Tehran which took place on Sunday morning as positive.

He called on the Muslim countries to hold dialogues on different issues and make efforts to develop a common attitude through academic research.

Governments should heed to ideas of social scientists to move along the path of peace and solidarity, the Malaysian official added.

At the end of the today meeting, University of Tehran signed two seperate agreements with University Putra Malaysia and University Utara Malaysia.

Hamisah at the head of a high-ranking academic delegation also toured the prestigious University of Tehran which is located in center of the Iranian capital.