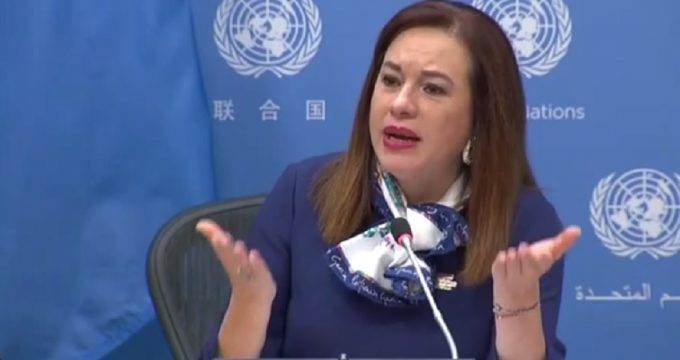 Pres of UNGA: All should abide by JCPOA

IRNA – President of the United Nations General Assembly Maria Fernanda Espinosa described JCPOA as outcome of a collective agreement, saying that all should comply with it.

She made the remarks in response to a question about the entity’s plans for saving the international deals such as JCPOA.

EU has acted well in the field, as they played a crucial role in JCPOA and have said on several occasions that they need a strong role on the basis of international regulations, she said.

EU’s message in maintaining the JCPOA is very clear that anything that is signed should be respected and they played a major role in development of the agreement, she said.

Iran’s nuclear deal was signed between Tehran and six world powers in 2015. The deal was endorsed by the United Nations Security Council and resolutions against Iran were also annulled.

But US President Donald Trump withdrew his country from the deal on May 2018 and reinstated sanctions against Iran.

However, Iran and five countries, including Germany, Britain, Russia, France and China are trying to keep the deal alive.