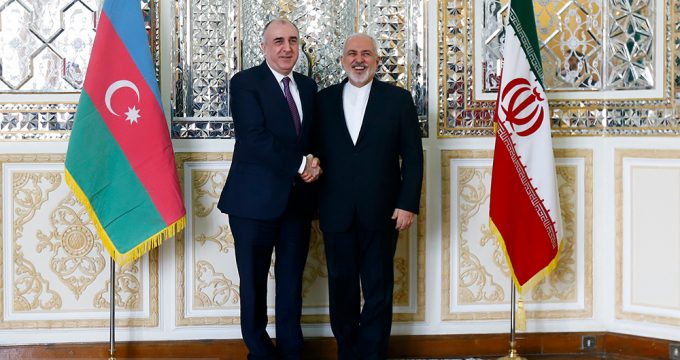 During the meeting held on Saturday in Tehran, the two sides conferred on various aspects of bilateral relations with a focus on expanding economic cooperation between the two neighboring countries, and exchanged views on the latest developments in the region and the world.

The visit of Foreign Minister of the Republic of Azerbaijan, Elmar Mammadyarov, to Tehran takes place a few days after an Azeri economic delegation headed by the country’s economy minister Shahin Mustafayev arrived in Iran for bilateral talks on expansion of economic cooperation.

Shahin Mustafayev also held talks with Iranian President Hassan Rouhani, during which the two sides called for deepening of trade and economic ties.

Foreign Minister Zarif visited the Republic of Azerbaijan six times in 2017 and 2018, while the presidents of the two countries have met as many as 12 times over the past six years.

According to the Iranian ambassador to Baku, bilateral trade between Iran and the Republic of Azerbaijan increased by 73% in 2018.