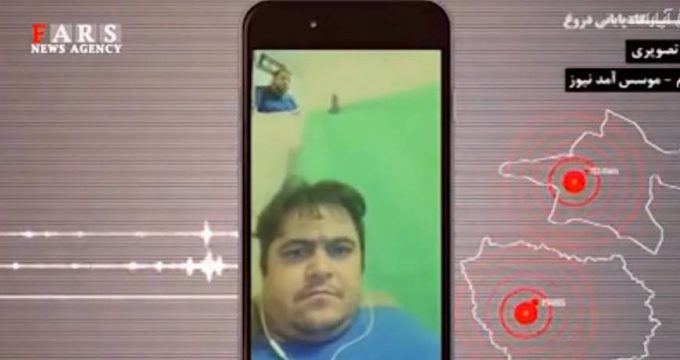 Al Monitor – Iran’s state broadcaster is currently airing “Last Station of Lies,” a controversial documentary series that claims to reveal the truth about outside forces seeking to overthrow the Islamic Republic.

Part two of the series focuses on Amad News. Founded in 2015 by Ruhollah Zam, an exiled journalist based in Paris, Amad News has long been demonized by the Islamic Republic, cast as a news source that incites violence and promotes regime change through the dissemination of fake news. Amad News operates across a variety of platforms, including Telegram, the most popular social media network in Iran.

The documentary includes video chats between Zam and a “source” inside the Iranian government, who provides Zam with detailed but fabricated information. This source is actually an agent working with Iranian intelligence to entrap Zam. In the chats, the agent offers Zam insider information in exchange for intelligence on leaders of various foreign-based anti-Iran opposition groups, whom Zam is in close contact with.

Amad News has long been a thorn in the Iranian government’s side. It devoted special coverage to the nationwide protests that broke out in Iran in late 2017 and early 2018, sparked by economic grievances. The news outlet relied on amateur videos, which it said were submitted by subscribers. Amad News also said that many of its reports were based on intelligence from informants inside the Islamic Republic.