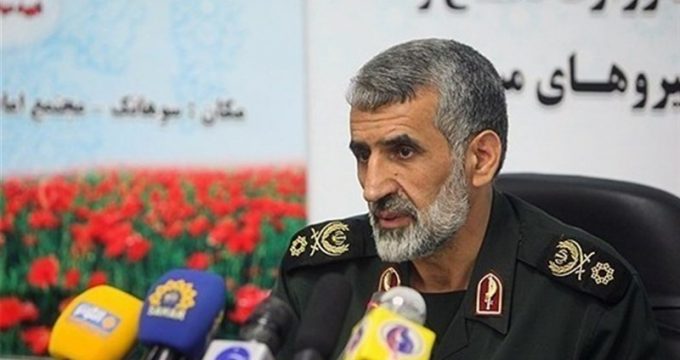 Tasnim – A ranking Iranian general said the country will have the right to target Pakistani-based terrorist groups directly if neighboring Pakistan does not fulfill its promise to crush them.

In an interview with Tasnim in Ahvaz, deputy commander of the intelligence department of the General Staff of the Iranian Armed Forces, Brigadier General Mirahmadi, said the Islamic Revolution Guards Corps (IRGC) and the Iranian Armed Forces have urged the Pakistani government to take action in the fight against terrorist groups in the wake of a February terror attack that killed 27 IRGC personnel in southeast Iran.

Following Iran’s serious warning, “the Pakistani government must take action and drive out the terrorists, otherwise, the Islamic Republic of Iran will have the right to take action against them wherever necessary to defend its security,” he added.

“The Pakistani government announced that it would take all necessary measures to suppress the terrorists. If no measure is taken, we will not wait a moment to combat the terrorists according to the situation,” the general added.

In comments in February, Chief of Staff of the Iranian Armed Forces Major General Mohammad Hossein Baqeri said Iran could directly step in to crush Pakistani-based terrorist groups under the UN Charter.

The Pakistani authorities have been urged to take responsibility for the fight against terror groups “or allow our forces to enter (Pakistan) and fight off these terrorist groups,” he added.

A bus carrying IRGC personnel was traveling between the cities of Zahedan and Khash, in Sistan and Balouchestan on February 13, when it was targeted in a suicide car bomb attack. Twenty-seven IRGC members were killed and 13 others injured in the attack, claimed by the so-called Jaish ul-Adl terrorist group based in Pakistan.

Iran’s top general has warned that “if the centers used for training, accommodating, preparing and lodging terrorist groups in Pakistan would intend to continue their activities for any reason, it would be the Islamic Republic’s natural and international right under the United Nations Charter to take direct action against those centers and take revenge if necessary.”